The Most Visited Places in Kerala: A Guide to the Best Tourist Destinations

Kerala is a state in India that is known for its rich culture and history. From ancient temples to modern amusement parks, there is something for everyone in this beautiful state.

Kerala is a state in India that is known for its rich culture and history. From ancient temples to modern amusement parks, there is something for everyone in this beautiful state. Whether you're looking for a romantic getaway or an adventure-filled holiday, Kerala has it all. In this article, we'll explore some of the most visited places in Kerala, from the bustling city of Kochi to the tranquil backwaters of Alleppey.

Kochi is one of the most popular tourist destinations in Kerala. It's home to a number of historic sites, including Fort Kochi, which was built by the Portuguese in the 16th century. The area also boasts a variety of attractions, such as the Wonderla amusement park and plenty of hotels and homestays for all budgets. If you're interested in history, extend your stay in Kochi to visit Muziris.

This multicultural district was once the most important commercial port in Kerala and flourished for more than 1000 years before a flood severely damaged it. Today, it is being developed by the Kerala government as a heritage project. Muziris extends to Kodungallur (where the amazing and rather bloody Kodungallur Bhagavathy temple festival takes place each year) and Paravoor. It's full of old churches, synagogues, mosques and temples, including India's first mosque, Cheraman Juma Masjid, which was built in 629 AD.

Cochin Magic offers a private full-day tour of the Muziris heritage.Periyar National Park is one of the most popular national parks in South India. Unlike most national parks in India, it is open all year round, even during the monsoon season. Periyar is known for its wild elephants and offers 30-minute elephant rides through the jungle as well as safaris by boat. Visitors can also participate in an excellent range of ecotourism activities there.Varkala Beach is another popular destination in Kerala.

With its long winding cliff and views that stretch over the Arabian Sea, it's no wonder that Varkala is one of the best beaches in India. A paved path runs along the cliff, surrounded by coconut trees, quaint tents, beach huts, hotels and guesthouses. Located at the foot of the cliff is a long stretch of sparkling beach which can be accessed by steps that descend from the top of the cliff.Wayanad is a bright green mountainous region that stretches along the Western Ghats. It has great landscape appeal with abundant coconut trees, dense forests, rice paddies and high peaks forming its terrain.

Because of its nature, Wayanad also has a lot to offer adventure lovers. Popular attractions include hiking to Chembra Peak and Meenmutty Falls, exploring ancient Jain temples, climbing Edakkal caves and watching wildlife at Muthanga and Tholpetty wildlife sanctuaries.Kerala also offers plenty of opportunities for rural tourism with several destinations developed across the state. The village of Kumbalanghi is a convenient option on the outskirts of Kochi while Kerala Tourism also organizes trips to villages around Kovalam, Kumarakom, Wayanad, Thekkady and Bekal.Alleppey is known as India's own Venice due to its picturesque backwaters. The emerald landscape can best be enjoyed on a cruise ship in a houseboat where visitors can enjoy a secluded vacation with natural pleasure in company.

Ayurveda sightseeing and adventures add to the pleasure of spending here.Munnar is another popular destination in Kerala with its pretty bungalows, cozy rooms in private homes and luxurious hotels and resorts making it one of the most romantic destinations in Kerala. The beach is also packed with classy resorts making it an ideal place for those looking for a lovely tropical vacation.Kollam is often listed as one of the best places to visit in Kerala due to its natural wonders that emanate tranquility from its environment. Kovalam is home to several luxury accommodations and many Ayurvedic massage centers while Mannarkkad is one of those places that attracts travelers looking to get closer to nature and wildlife.Kannur (formerly known as Cannanore) is another picturesque place to visit in Kerala popular for its weaving industries while Wayanad is one of the most refreshing forest places to visit due to its lush green plants.Varkala is another must-see destination due to its incredible beaches at one end while incredible backwaters await visitors at the other end.Parunthumpara is one of the best places to visit in Kerala if you're looking for an escape from city life while Munroe Island is famous for its Kallada regatta held each year.As things are recovering from COVID-19 restrictions, visitors can still visit Kerala during this time as long as they follow safety protocols.So if you're looking for an unforgettable holiday experience then look no further than Kerala! With so many amazing places to visit there's something for everyone here. Exploring the Beauty of Kerala Tourism

Kerala is a beautiful state located in the south of India. It is known for its lush green landscapes, stunning beaches, and vibrant culture. How Much Will a Kerala Trip Cost?

Are you planning a trip to Kerala? If so, you're in for a treat! Kerala is known for its stunning beaches, lush tea gardens, and Ayurvedic massages. But how much will your trip cost? Here's what you need to know. 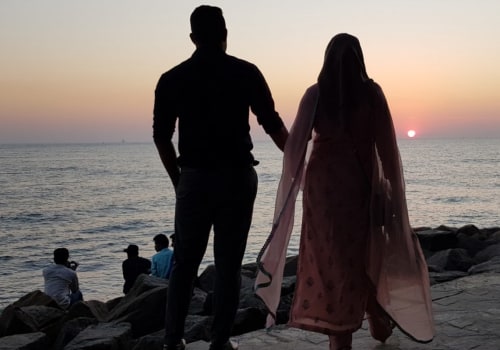 The Malabar Coast is a region of India located on the southwestern coast of the country. It is known for its stunning beaches, lush green hills, and vibrant culture. Kerala is a beautiful state in India, known for its lush green landscapes and tropical climate. The weather in Kerala is usually hot and humid, with temperatures ranging from 25°C to 35°C.